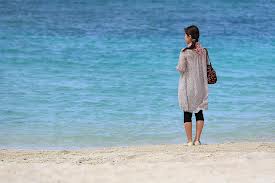 The Man is a Rock Star. But Who Is Ziffer?, Anat Varezky, Bee Sheva.

Ziffer’s mother has a black male cleaner, and Hugh Benny’s boyfriend believes God is compensating the blacks for their suffering with having a large penis, and compensates him because Ziffer can’t live without him (from Benny Ziffer’s novel, “Ziffer and His Kind”, 1999)

Who is this Ziffer? I begrudgingly asked a classmate. All day I hear: Ziffer, Ziffer. Who the hell is he? She smiled at me and said: “A left-wing provocateur. We’ve got a class with him in an hour.”

I walked into the classroom, wanting to know who this well-known man is. A couple of years ago students from our department complained about his racist remarks about the Mizrahi Jews. Since that affair (the word “affair” infuriates Ziffer. He doesn’t understand why it refers to happy affairs such as weddings and Bar Mitzvahs, as well as sordid affairs and scandals. The word should be outcast, or at least be regulated to a single side of the coin); since that happy or saddening affair, the name of the unknown lecturer from Sapir College’s Culture Studies has become well known. And I like well-known people in any field.

He walked into class with a grey suit, a white smile and a big handbag. An uncustomary silence fell upon the students, everyone waiting for him to speak. Say something, I said to myself, I want to know what this well-known man has to say. He was wasting time in his own tantalizing unique way – smiling and breathing, smiling and keeping silent. Speak, well-known man, speak. He continued his imaginary game, quietly placing on the table beside him a stack of books, a cookie box, a basket with dates and tomatoes. He politely introduced himself in a somewhat bashful way that won my heart, then asked each student to write a sentence about himself. If there’s one thing I hate in this world is “write an introductory sentence about yourself” exercises.

After everybody more or less embarrassed themselves, the class truly began. Benny stood in the middle of the classroom and started reading random text: “ForSderot Mayor, Mr. Jacob Ben Meir. Re: Annoying creaky bed between midnight and 2a.m.” He stopped midway his languid reading, moved his glasses from his forehead down to his eyes, staring at an unknown point in space. He smiled, he always smiled, and asked: “What’s wrong with this sentence?” Silence again, which he revered again. He reads the sentence again. This time his question lingered in the air and everybody focused on finding the mistake, no one had a clue. The guessing game began. Within a few seconds suggestions, improvisations, hypotheses, conjectures, guesses and mutterings were thrown into the air.

Ziffer came into his office at the newspaper as he did every morning. As he entered he waved shortly to his secretary Greta, who knew that meant he’s in a bad mood. The short wave was saying: No calls right now, or ever again.

As usual there were hundreds of pages on his table from young poets begging for fame and publication. Zifferlooked at the pile of papers and thought: These people who need my approval to succeed are so lame. The thought also filled his heart with pride and joy. Knocks on the door severed his line of thought and in an instance the moment of pride and joy evaporated. “I asked not to be disturbed”, he said, not mad, more in a lethargic defeated whisper. “It’s Aviva from Graphics, she says it’s urgent”, Greta explained. Before he could say another word, Aviva stood in the doorway and said: “You know French, right?” “Yes.” Ziffer replied, a bit confused. “I have an offer you can’t refuse”, Aviva said with confidence.

“For is not a Hebrew word”. The clamor of guesses and speculations in the classroom immediately stopped. Silence again. He smiled his little victorious smile. “For in Hebrew comes from the Akkadian language for the word Grains”. He went on with his infuriatingly victory speech, dryly explaining the source of the word. Everybody staring at him and no one understanding what he wants. “So why do we use that word?” A student asks. “Because there are analphabetic people who don’t know how to use Hebrew”. Oh! There’s the well-known man I was waiting and looking forward to see.

The quiet atmosphere and curious stares changed into a noisy atmosphere, with Ziffer controlling and commanding the noise like an orchestra conductor. “Hebrew is a dynamic language!” Yells, angrily, a classmate. “Who cares what’s the source of the word, as long as we use it!” Another student yells. Ziffer enjoyed this kind of applause and kudos. He stands in the middle of the classroom and I swear I saw him tilt his body forward, bowing, following the gratitude sounds from the class.

The man is a rock star.

Hugh, Ziffer’s boyfriend, wasn’t happy with the offer Aviva gave Ziffer. Ziffer didn’t care, Hugh knew is won’t matter how much he objects, Ziffer won’t listen to him. “I don’t understand why you would teach French Literature to an African refugee, since when are you so righteous?!” Ziffer went to his study and slammed the door behind him. It didn’t stop Hugh from finishing his monologue. He fully knew that Ziffer won’t open the door and turn the conversation back to a dialog; he hoped in vain. “He isn’t gay, so what do you care so much. Save your mother’s poor cleaning man if you’re so righteous.”

Ziffer vaguely heard Hugh shouting behind the closed door. If I were a gentile during Nazi-time, he though, I would risk my life to save Jews. Hugh will never understand what a grand gesture I’m doing. He and the so-called left-wing supporters will surely be the first to find any excuse to bury their heads in the sand until things pass. I’m doing something, while those left-wing supporters are playing around in coffeehouses in new Jaffa.

Sharlo, that’s the name of the African refugee Ziffer decided to save. He’s a French speaking black guy, and that was enough for Ziffer to immediately fall in love with him. They met almost every day in Sharlo’s stuffy apartment in south Tel Aviv. Ziffer loves their meetings, they were his only hope in long days of boring staff meetings. Their long classes included Victor Hugo’s political poems, Jean Jacques Russo’s philosophy writings and dozens of classic books and plays that Ziffer, as I said, loved so much. He always looked at modern culture suspiciously and with contempt.

The department secretary surprisingly and without notice informed us, quite late, that Benny Ziffer’s Writing and Editing Text classfor today was cancelled. The reason was not given. What was the reason for the mysterious cancellation? Ziffer’sdisappearance definitely reeked from something bad.

Goddamn it, why the last minute notice?

“Ha’Aretz’s Bookssection is an intellectual garbage can run by Mister Benny Ziffer. It’s time Mister Ziffer retires, but by the section’s content it seems Ziffer is out of touch with reality so I urge you, Editor-in-chief of the newspaper, demonstrate a little sanity on an island of madmen created by Mister Benny Ziffer himself, and bring back the little honor the Books section still has. I, by the way, cancelled my subscription.

Everybody was quietly sitting ashamed and looked at Ziffer, who sat straight in the chair by the editor-in-chief. The editor-in-chief enjoyed reading out loud the loving words of the ex-subscriber RotemZur and placed the piece of paper on the table with pleasure. He turned his chair slightly, almost unnoticed, towards Ziffer’s face. Looked at him. And waited.

A weird noise came out of the classroom. “Is that classical music?” A classmate asks as a twitch in her jaws reveals her disagreement. I smile and wonder what the well-known man prepared for his class-show today. We enter the classroom with fear, as if to make sure this isn’t a mistake. It wasn’t. Benny stood in the middle of the room with an undeniable orange cake on the desk next to him. An elegant homemade cake resting beside a stack of books and listening to the music wrapping her. Ziffer smiles as usual, decorated with his thin smile, inviting us like a gentleman to dine with him.

“His absence last week suggests…” My friend whispered as she tried to find a word to define the weird scene playing in front of their astonished eyes.

A cellphone ring sliced the room’s silence. “I have to get this”, Ziffer apologized mainly to the editor-in-chief but also for the rest of the people in the room. He didn’t notice who the called was, he just wanted to get out of the room as soon as possible.

“Ziffer, I told the editor about the project you have”, Greta said, as she walked fast behind him. “Look, he didn’t mean…” Ziffer stopped, turned around, looked at Greta and whispered: “He did.” Greta paused, not because of what Ziffer said but because of his sad looking face.

“But he was happy to hear it.” The door slammed shut, Ziffer went into his office and Greta knew to hold all calls today.

He wanted to cry, but something in him didn’t let it happen. “Cry, you miserable man, cry.” He urged himself. The tears hesitated.

“I’m one of those people who dedicate their lives to art and literature and spiritual aspects of life”, he comforted himself, “I’m one of those who believe everything is an obstacle on the way to fulfill their love for art”. But before he finished the sentence he realized he’s reciting a sentence he put in someone else’s mouth, and that he, although a literary editor, is nothing but a small man, not young anymore, irritable, frustrated, unhandsome, that no one will remember a couple of days after he’s fired” (from Benny Ziffer’s book “The Ascension of the Literary Editor”, 2004)

“Are you fucking him?” Hugh tantalizing asked as he opened Ziffer’s zipper. “Hugh honey, concentrate on the micro cosmos in front of you”, Zipper said in a tone fitting their physical stance: He standing, Hugh down on all fours. Hugh wished to believe Ziffer isn’t fucking the African refugee, though he has noticed Ziffer shows great interest in the project and that the two are seeing each other more and more as Ziffer’s smile grows bigger accordingly, as their meetings become more frequent.

“Hugh honey, are you going to suck or play”, Ziffer remarked from above, as a matter of fact, showing in his special way that he’s disappointed of Hugh’s performance,

in the micro cosmos.

“I’m pretty shocked. A student of mine that hardly came in to class all semester, caught me one day during a break and babbled about a biography she’s writing. I was so naïve I cooperated. I didn’t think she can put two words together, the nerve of her. And here I see this mediocre text in print! I haven’t read this kind of dribble in a long time. If my name wasn’t in it she wouldn’t have been taken seriously” (Benny Ziffer).