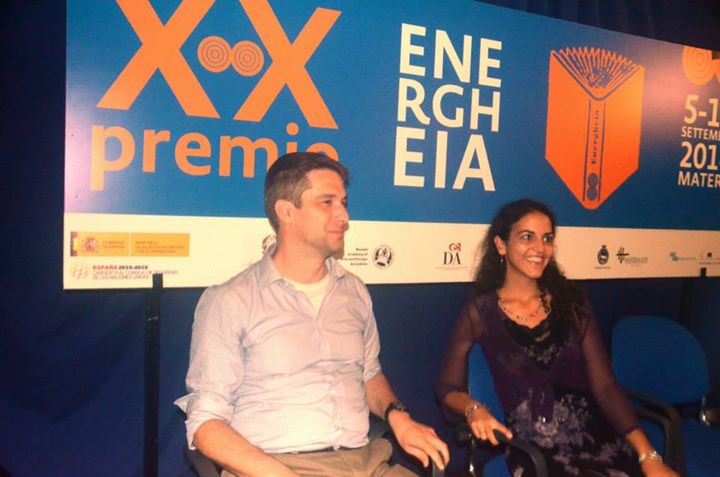 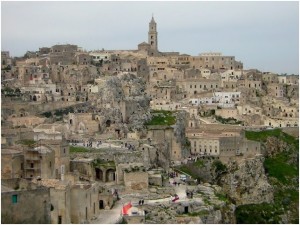 I was honored to be selected as the winner of the 2014 Energheia Prize for Israel and to be invited to the awards ceremony in Matera, a fascinating city in southern Italy. As we discovered on our first night there at the exhibition devoted to Pasolini, Matera has for years captivated the imagination of filmmakers, who envisioned the city’s ancient Sassi core and neighboring hillsides as the biblical Jerusalem, where my story “Bride Immaculate” is set.

The story’s protagonist, a young French nun, falls in love with an Arab shepherd against the beautiful landscape of the village of Ein Kerem, believed to be the birthplace of St. John the Baptist. In Matera, too, we discovered devout Catholics and innumerable shepherds; but above all, just like Jerusalem, Matera is thriving and flourishing, despite its long history.

The Sassi is being splendidly restored and we were fortunate to be hosted by  a family in their palace, as well as to be treated to a private tour of the House of Ortega (the Spanish artist) and the Contemporary Sculpture Museum by the architect overseeing their restoration.

I was deeply enriched by my encounter with talented writers from Italy, Spain, and Lebanon, reaffirming my conviction that art and literature can bring people closer together and bridge the gaps between them. I returned to Israel from Matera with much inspiration, thanks to the singular cityscape, the wonderful people, and their unique traditions.