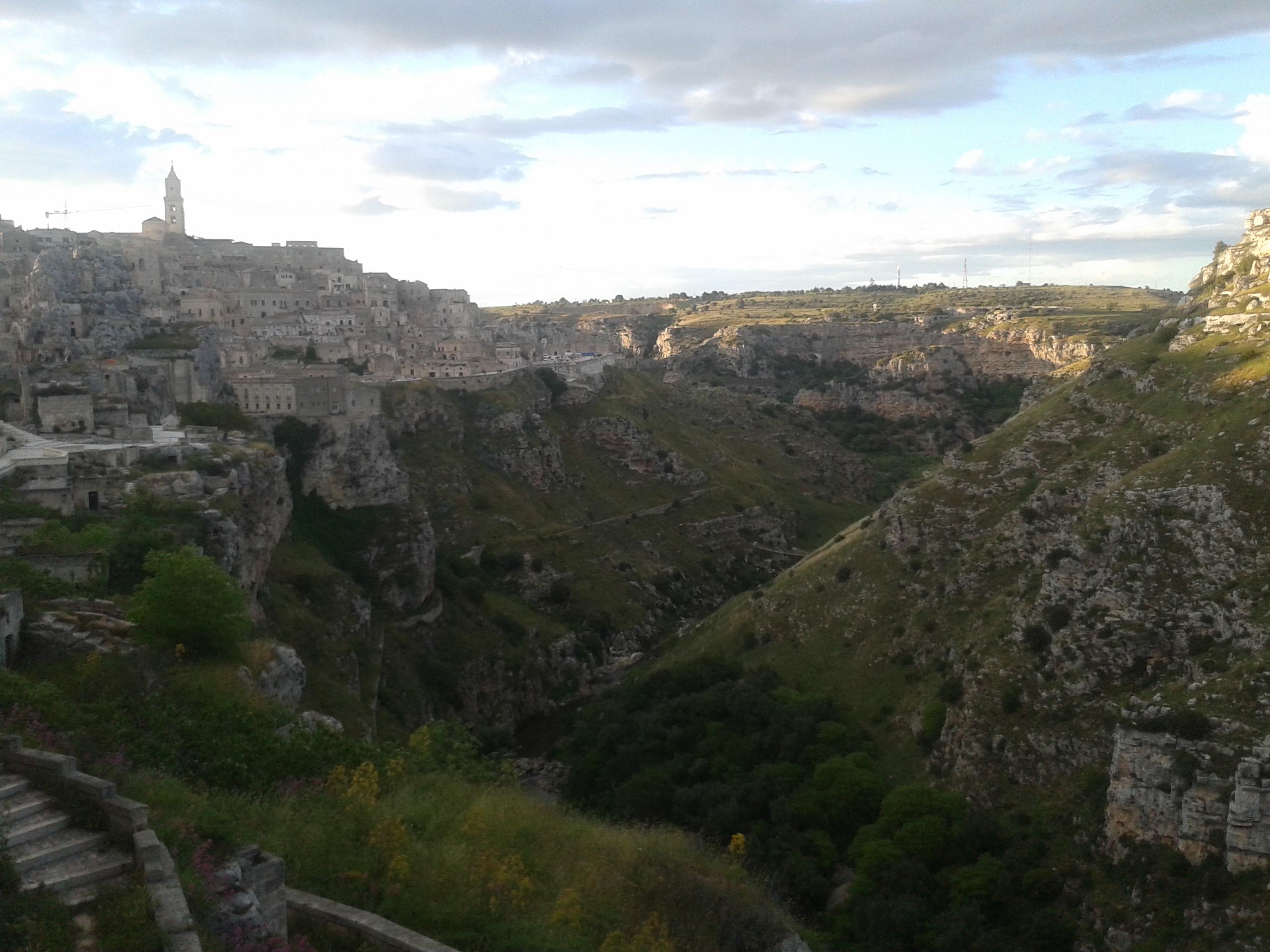 “No one has come to this land except as an enemy, a conqueror, or a visitor devoid of understanding.”
Christ Stopped at Eboli. Carlo Levi.

Although Matera is more ancient than Jerusalem, it has never featured extensively in tales of antiquity. More often than not, Matera has stood-in for the Canaanite city as a film-production site—as a bargain substitute rather than a location in its own right. The capital of Basilicata remains unsung by History; instead, Time became the town’s custodian, gnawing away unforgivingly at its limestone edifices.
Yet on my first visit there —at the invitation of Energheia—, I was one of many spectators to its remarkable transformation from national shame as a result of chronic poverty to hidden jewel of southern Italy. Streets that wind around tuber-like outcrops are overflowing with visitors enticed by the newly branded cultural capital of Europe. They crowd into cavernous restaurants, celebrate weddings in churches teetering over the ridge, and gawk at the largely effaced frescoes painted on the limestone rock. Who but the most grim worshippers of high-tech wouldn’t succumb to the mystique of Matera’s sassi— the ageless, pockmarked cave-dwellings?
Accustomed to a succession of foreign rulers and invaders, the Materanos endure the hordes of tourists who, despite their enthrallment, traipse apprehensively over the uneven slabs of stone. Residents know that these visitors will rarely break out from the predetermined loop that confines them to the ancient slope. It’s as if the ravine, la Gravina, forms a barrier to another world, one that convenes the burning breath of the desert and the lingering smell of the sea. A world where the vestiges of penury and seclusion, for better or worse, still bind the people to their land.
As a foreigner, the city was an enigma to me. I felt as if I had landed within a labyrinth of troglodyte dwellings which warped my sense of direction and —thrillingly— time. My solitary wanderings, however, inevitably led to another type of maze: that of defining the spell-binding atmosphere which envelops the city. I could sense its ubiquitous force, but lacked the words to describe it. Hence, in between literary conferences organised by Energheia, I searched for clues that would explain the city’s aura, both ravaged and resolute.
Once, during the feast of San Eustachio, I heard trumpets echoing through the overlaid tiers of houses and raced up and down flights of stairs without ever finding the source of the boisterous music. On another occasion an old town’s woman, watching the sun set behind a skyline of church steeples, asked me for the time and then remained contemplatively still, as if that morsel of information had prevented her from dissolving into eternity. These moments felt raw and mystifying. Like the seashell shards which poked out from within the limestone bricks, Matera’s bruised past had appeared to me in fragments.
In this new age —one in which culture as a capital investment, both private and state-funded, has become the defining ethos for the town— the spiritual connection between the residents and their abodes carved into the ridge has somehow endured. The neighbourly closeness, perhaps, is no longer there, and the Sassi are now predominantly boutique hotels. But as I witnessed it, the inhabitant’s traditions are resilient, somehow buoyed by the residual faith in their disremembered gods or by the sculpted memory of their ancestral homes. A sense of awe is ever-present, for now.