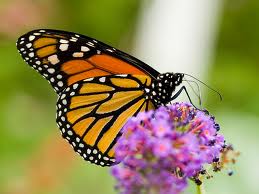 The literate fool. That is my name. I look at my self. I look around

image in the dressing mirror. Is this me? Is the mirror faithful? I

curse. I regret for having looked at it in the first place. I have been

trailing on streets, gazing at people and feeling good about my self. I

knew that I look like a somebody. No. I had been cheating myself. I

had felt important when people threw glances at me. All eyes on me.

Now I know why. Shame on them. I stretch my leg rudely and I kick

the mirror, distorting my image even more. My plastic shoe is now

I examine my life briefly. Anyway, I am better off. Some people

cannot even talk English, the Queen’s language. The good news is

that I do not belong this group. I feel good once more. The goodness

owns a Volkswagen car. I wonder how the brute acquired it. He is an

expatriate from South Africa and teaches music students on how to

play the mandolin. Some spurious means of earning money, I

meticulously observe. I feel that he does not deserve the job. Some

educated fellow would do. In fact, the nigger needs a translator when

giving out instructions. Double expenses see? I hate him. However

riche he may be, I can only spurn any offer from him.

I sit on the ground and examine my recent past once more. I

guard who had aborted my quest to meet a certain boss. I had gone to

find a job. I had hurled all sorts of names to the guard, thanks to my

English teacher who taught me the art of letters. I had called him an

idiot. A boon. An imbecile. A simpleton. Fool. Goon. Nincompoop.

Dolt. Good God! Garbage in, garbage out; I had thought. The fruits of

being literate. The same English teacher had even once surprised me

when she told me that even murderers are ranked. That those killing

common men like me (thought literate) are killing murderers. Just

that. Those killing great and famous political religious icons are

called assassins. Those who graduate from the college of murdering

king are called regicides. Oops! To me, a murderer is just a murderer.

However foolish I may be, I am fully literate. Very hopeful indeed.

I turn my eyes on to an article struck on my wall. It talks about

prosperous red children. Some live in the north, while others in the

west. Few live in the east. The article says that these little brutes start

earning at the age of sixteen. What of Africans? Where was I at

sixteen? What was I? In fact I am now a decade older but still

dependent. I feel bad about myself.

I think over the above. I first deny the oriental children credit. If

anything, the sun shines in their land first before coming to Africa.

They therefore wake up earlier. What of those in the occident? Don’t

they receive the sun after us? Yes and no. Yes because they do. No

because they confuse us. They unite with the ones in the north to give

us sanctions and plunder us. I imagine of the precious time I spent in

school in the name of learning their language, while they wee busy

learning new and technical things. In fact they trade in their

vernacular. At sixteen I start from the square one as they take an

employment. Seen? In fact I owe my poor performance in

language. All in the name of struggling to be literate, to be free. At the

end of the day, I am a free but hungry literate fool.

I try hard to forget the above. Suddenly, I remember of another fable.

A fairy tale of the terrible twos. They had once ganged up, the

northerners and the westerners and colonized our austral ancestors.

They had come with a bible in their right hand and money in the left.

Every word in the Bible had been written in their favour. They had

cheated us that money was good. That it was a present for us. In fact

their holy book had some lines, which read, “Give to Johnny what

portrait. In short the money belonged to Johnny. Want to know how

they got back to him? Forced labour. I now feel better about them.

They had also called our home as “the dark continent”. I cannot resist

continent. Word had that they had come to preach truth and justice.

Pity is that they were financially despotic. Some even decapitated our

brothers when they letter tried to free themselves. Gosh! How I wish

they stumbled in the darkness and broke their dirty limbs!

literate in the west. West is not best, after all. East is neither beast.

(My English teacher would say “beastly”). At least the easterners allow

the sun to visit us. In fact some wise words came from there. Word went

that a certain woman from the east talked much sense. She was known

as Indira Gandhi. Heard of her? Unfortunately, the word were not hers.

heads or get a PHD. We simply paraphrase other people’s works and

christen them ours. What somebody termed as transference of bones

from one grave to the other. Back to Gandhi’s borrowed wisdom. As I

have told you, the words were not hers. She had picked them from her

grandfather’s moth. He had talked about two kinds of people in the

world: those who love to work and those who wait to receive the credit.

He had advised that we better prefer the first group to the second, for

there is less competition in the first place. Logically true, practically

absurd. Who wants to work altogether? I better take the credit. Sinecure

beneficiaries can attest to this. The surest way of dying young or poor is

who work more are less paid. That is why I went to school in order to

get a big job and do little and earn big money. Little did I know that I

would still wallow in poverty. I am literate but hungry. I made a wrong

said that education is a panacea to a people’s problems?

While still thinking over the education question, I quickly remember

something else. As I have said before, I have read all that is readable

in this universe. Don’t joke with a PHD. It is a Permanent Head

Dress, an intellectual property that cannot be stolen by anyone. In my

reading, I came across a comment on education. Some sycophant

once said that if anyone sees education as expensive, he should try

ignorance. I congratulate myself for not trying ignorance, but feel

sorry again for being an educated fool. My spirits sink low.

I arrive at a decision. I decided that I should tear all my academic

documents. They are useless to me. I think of going back to the

useless expatriate and ask for a favour. No. I decline. I hate experts. If

you love their kind, you are definitely the kind that I hate most. They

just came and pick our jobs in our full view. I believe that I can pluck

the mandolin madly. And earn the bloody coins. Who is ready to offer

me the chance? When you ask for a job, just as Kwame Nkruma

walked from jailhouse straight to statehouse.

I drastically change my reasoning. I decide not to be employed

anymore. For what will it serve me to be employed, deployed and

finally destroyed? You are proposed by one, only to be disposed by

the other. You are hired by one only to be fired by the other. In short,

life this is such air around me. I here and now decide never to seek

job. I had been turned down when I requested for a job from a certain

office. Reason? I was not spick and span. Where could I get nice

clothing yet I was jobless? Don’t we have poor guys who have

decided to wear rags in the name of being Rastafarians? I had then

decided to borrow some clothes for my next interview. This time

round, I went to industrial area. The ordeal in offices had scared me. I

had decided out of humiliation and frustrations, to take on any kind of

job. (Including the MD’s post?) I had decided to be a roustabout. I

had even applied for an overseas job as a stevedore. That was then.

Now at the factory in industrial area, I had been assigned to load a

the job. I had cursed the manager who was more of a capitalist. Why

was our president acting Benito Mussolini who loved capitalists as

long as they served the Italian State? I had even regretted for having

parliament. He had later on gone to present himself in the parliament,

and not represent us as had promised during election campaigns.

I had left the factory and went to stroll, only to be arrested by hungry

bastards in the name of the police. Accusations? Loitering with intent.

exhibit, or rather has none. These brutes escaped with my fifty

shillings note which they had grabbed as I removed my national

identity card from my wallet, so as to identify myself. I saw them as a

blessing in disguise. They later branded me a terrorist. I think they

qualified more as terrorists as they were brandishing guns, while I

Who is a terrorist, anyway/ the term is none existent in our African

vocabulary. It belongs to the language of the terrible twos. I

personally opine that they are the terrorists. How did they con the

term? See any sense here/ when I say this, some people think that too

much. That I tread beyond my limits. Should I be taciturn?

I answer the above question by one sentence: reticence stinks; one

wiseacre once said that fools shout to show authority. Wrong. I am a

fool but I hardly shout. However much I may talk, I do it softly. Some

lines from the terrible twos holy book has stunning and questionable

revelations. That a silent fool is considered wise. Have you now seen

the reason as to why I should talk? This silent fool, unlike me, is ever

complacent. He will remain cool and composed even when some

nigger is treading on his rights. I do not work this way. Tread on my

rights and I will ask you two or three questions.

I have been sitting here for long. As I stand to go and get a snooze, I

make up a final decision. I decided never to think again. My thoughts

and meditations are all fruitless. I batter sleep and dream paradise, to

make today tolerable and tomorrow worth waiting for. I will not look

for a job. I do not have dependants. I am single and free to mingle in

the jungle. I must also stop talking for it has done me no good. I

should now act. I know of one thing: when you are up, you can only

come down. I will therefore sleep calmly like a volcano waiting to

erupt. I will wait, and wait and wait silently as a recluse, waiting for

those who are up to come down. I have pushed down their ladder. I

will not mind flogging a dead horse. That is me. The literate fool. I