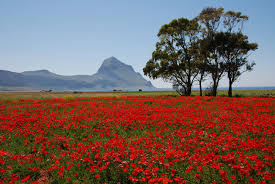 My name is Kamau. I have been told that I am 70 years old, however

seems to know for sure. I live in a small village in Central Kenya. I

goats, chicken and two cows. I am a father of 15 children and I am

married to 3 wives. This is my story.

things about Jesus. I was so impressed by what he said that I wanted

way. I was eagerly waiting for his next visit. When he came I told him

what I had decided and he was very happy, however he said that there

was something that I needed to do before I could be baptized. I

happily told him that I was ready to do anything, that was when he

dropped the bomb, he said that I needed to send away two of my three

wives. I was shocked, how could I do this to them and their children,

where were they expected to go, how could I explain this action to

their families, what wrong had they committed to deserve this kind of

treatment. These and many other questions came to my mind as the

pastor waited for my answer.

After a while I told him that I needed time to think about it. I saw

disappointment register on the pastor’s face, however he did not

place in my mind. He promised to pass by in the coming week in

order to find out whether I had made up my mind. For the next

couple of days I could not think of anything else, I often wondered

where the connection was between becoming a Christian and sending

During his earlier visits the pastor had emphasized the importance of

the word of God as it is written in the Bible. He had told me that the

word of God was infallible, he had insisted that God was the same

yesterday, today and always. As I wrestled with this dilemma I

decided to read the Bible and find out what God had to say to me,

read in my vernacular (kikuyu).

Testament. As I read I realized that Jacob had many wives, so did

David, to crown this Solomon had 700 wives. The most important

God. After this my confusion was heightened, I wondered why it was

After about two weeks the pastor came back. I was ready to be

away my wives. After I explained to the pastor what I had discovered,

he told me that polygamy was a sin. He explained that by being a

polygamist I was in fact breaking God’s laws. I requested him to read

breaking. Accordingly there is no law that specifically states that it is

commit adultery”. I could not agree with the pastor since according to

my customs I was married to all three wives, consequently I was not

committing adultery. My line of thinking did not amuse the pastor

sinner who needed to be saved from this barbaric practice. This did

not help me in my dilemma; I was left even more confused.

two wives, but I was adamant about it. After a few months something

else happened. One of my daughters decided to get married. I was

pay us a visit.

This day came and we prepared a feast for them, which was a success

according to my judgement. The most important thing about my inlaws

was that they were Christians. The moment came when the

elders from both sides would come together and discuss the amount

of dowry that would be paid. After we had settled down one of the

offering. The spokesman elder from the other side stood up and first

delivered a long speech on salvation. I could not help but wonder

whether this was necessary at this particular time, least did I know

that there was a point to this speech.

perform the customary rites of marriage, which included receiving

and paying of dowry. The elder continued to say that since this was a

very important rite it was necessary for it to be carried out. The only

difference would be in the naming, instead of calling it the payment

of dowry it was to be called gift giving. The elder insisted that any

subsequent visits would not be called by their traditional names, but

rather as tea parties or family get together parties.

were saying sounded. Since all this time my eyes were fixed on the

my fellow elders, it seemed that they too were as shocked as I was. At

hypocrisy that was being propagated.

had taken place that day. I could not understand what was it in the

customary names that needed to be changed. The following day I

enlighten me on this particular development. He explained that most

to deal with them was to totally abandon them. He explained that the

starting point would be in renaming these practices, I figured that a

rose by any other name is still a rose, accordingly there was relevance

in renaming the practices. Since we had not seen eye to eye with the

pastor on the issue of my sending away my wives, I decided not to

pursue this subject any further.

The days that followed were filled with total confusion and

contradictions. I had nobody to confide in and I was most certainly

not going to tell my wives what was causing me so much anguish.

How could I explain to them that I was being asked to them away.

The coming months were filled with preparations of my daughter’s

wedding. After the wedding I decided to join my pastor friend’s

church. When I attended the first service he informed me that I was

welcome in his church, but I was not to be considered as a full

member of this church since I was not baptized. He told me that I was

Bible at the altar during the service. These prohibitions were not

necessary since I was not planning to do these things anyway.

needed to spiritual fulfillment. The experience that I was having in

the church was very good for me. One particular Sunday, something

rather absurd took place, there was this woman who was seated a few

pew to the front of the congregation. The pastor who exhibited a lot

as to why she had gone to seek the help of a witch doctor. Apparently

of a traditional healer and not a witchdoctor. As you might know there

is a great difference between a traditional healer and witchdoctor. A

traditional healer works for the good of the community while a

witchdoctor works for the demise of the community. This woman said

she had been experiencing acute back pains for almost two years. She

had visited various hospitals and medication that she was given did

not relieve her this pain. The pain was so much that she could not sit

or stand, she had to lie on her back. One day a friend came to visit her

at home and advised her to visit the traditional healer. She thought

that this was a very good idea, in any case she was open to any

suggestion that would help her. One Saturday morning she decided to

visit the traditional healer who gave her some herbs to use.

After she had finished explaining her situation, the pastor angrily

presence of the whole congregation. This woman ran out in horror of

the humiliation that she had just gone through. I realized that the

pastor had already made up his mind to ex-communicate this woman,

he therefore had not given any thought to what this woman had said.

medicine. By this time the burden I was carrying was too heavy for

cried myself to sleep. I wondered why all these things were

happening. In all this one thing was ever present in my mind was

whether it was possible for me as an African to be a good Christian.

Why was it that my customary practices seemed to contradict the

Christian teachings. Did it mean that my forefathers who had died

before me had all gone to hell. All that I can do now is to continue

practicing my faith the best way I know, hoping that someone might

come along and explain all these things to me. I always pray that the

were handed down to me by my forefathers through time