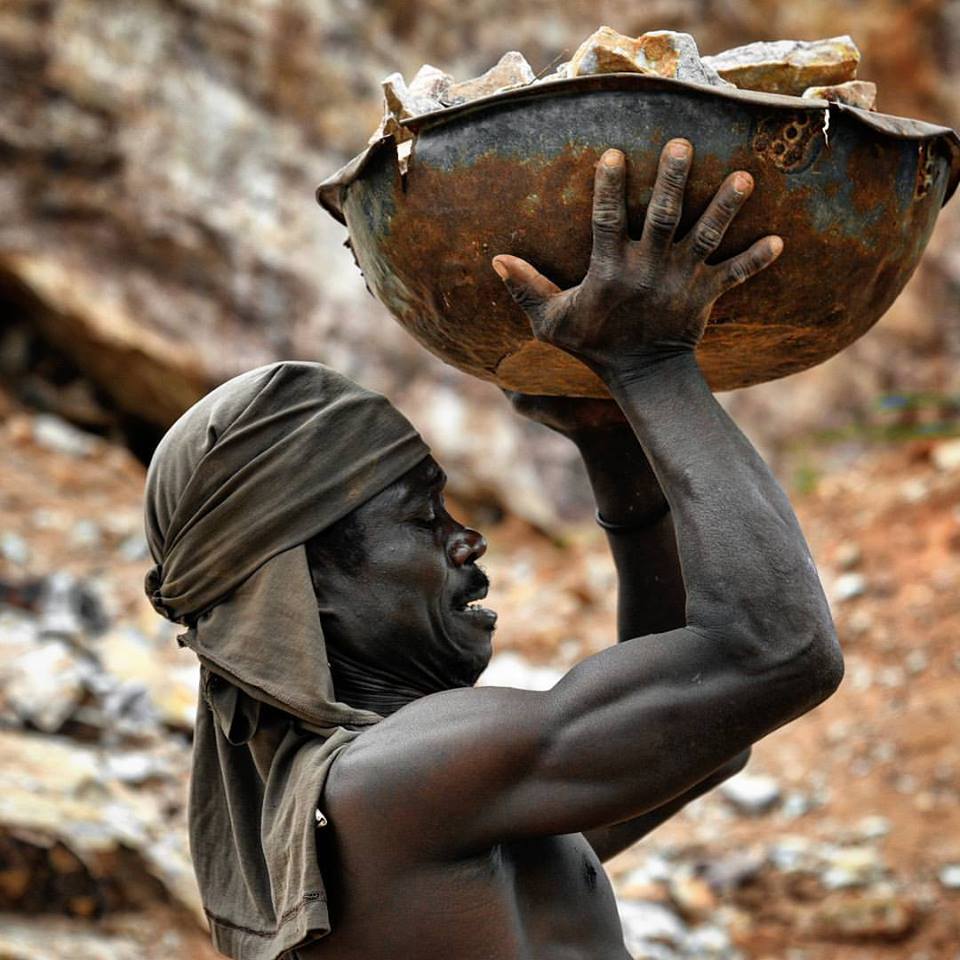 It was mid-morning. In the forest on the outskirts of the city, birds were singing out their merry melodies of thanks giving to their Creator who gave them such a unique carefree life. This morning I was in mood for naturÈs poetics. How could I be when my heart was so broken? Twice that day, as I wandered deeper into the forest, I had thought of hanging myself but the pangs of labour had restrained me from scrambling up any tree.

The dreadful moment had found me fallen under a Mopani tree whose base was adorned with a variety of closely-knit undergrowth. The baby had come with no complications at all but the searing pain and sweating.

Hot tears of fury stung on my eyes as I glared at the nude whimpering infant lain on the ground. My mind was a whirlpool of emotions: motherly love pledged by labour pains, distress caused by hopelessness and hatred born of a man’s brutality. Try as I might, I still could not believe that Bhekizwe with whom I had been madly in love to the extent of eloping could really have deserted me in so cruel a manner. Some weeks earlier Bhekizwe and I had had a heated row in which he claimed that the pregnancy I had was not his for rumours had reached him that I was having an affair with our landlord, which was not true of course.

Three days later he had disappeared leaving behind him two month’s rental arrears. Come month-end, the landlord had simply evicted me and, in a bid to recover his loss, confiscated our property -an old squeaky 3/4 bed, a couple of threadbare blankets and one fairly new, a paraffin stove and culinary utensils of no value at all. Fearing for my life, I could not go home where my father had threatened to spear me if ever I dared set a foot. I sought refuge at my widowed aunt’s place.

Shortly the grapevine had reached me too, revealing Bhekizwès whereabouts. He had gone after his ex-girlfriend who now resides in South Africa, his best friend Aleck told me. It was then that I realised what a big fool I had been.

Sometime before the argument of my alleged affair I had come across a hot baby-come-back letter when I was washing one of his trousers. It was addressed from South Africa. Upon asking him about the author of the letter he had calmly replied, “Believe me honey she is just my ex-girlfriend. We went our separate ways some three years before I met you. Her behaviour wasn’t the kind of my liking”.

“The truth is she can not bring herself to believe that it is all over between us.”

He had paused and held me in one of his embraces, which usually set my whole body on fire. His sexy eyes melting the essence of my soul he had continued, “But with you now as the queen of my heart she is as good as a long dead person. Even if she writes me a million letters a day we can not get back together again.”

A sizzling hot kiss had turned the whole matter into history, I had instantly thrown it out of my mind. What really mattered then was that I had him in my arms. Little did I know that our union was to be for a short while? How could Bhekizwe be so ruthless to me after all this waste of time and my being turned into an outcast of my family? What was I going to do with this child he had fathered? Was it a gold medal by which the whole world would recognise me as a champion of foolishness? No! I was not going to keep a fatherless child. Never.

As my fiery eyes re-focused on the wailing infant a strong nausea welled from the bottom of my stomach and slowly churned its way up. A painful lump knotted on my throat, I swallowed hard. Suddenly, as of possessed by some devil, I pounced upon the infant and grappled its frail neck which was still slippery with blood and after birth. Clasping my hands, I pressed it hard on the ground bringing the wails to a choking stop. Kicking and flailing wildly, the infant let out a succession of tiny nerve wrecking coughs. I closed my eyes dreading to see it die.

The guttural sounds the infant made sickened me to the core of my soul, making me which I had some earplugs on. The crackling crunched on my ears like a dentist’s drill. I clenched my jaws. My nerves grew taut. Amazingly the devilish strength escaped me as sudden as it had come. My hands became numb try as I might to tighten them. Involuntarily, my eyelids flew open. God forbid I should have gone blind. The infant had become a heart-rending sight, which only a cannibal could behold without flinching. Its face, contorted with pain, had turned into a pathetic crimson with every pore gleaming with sweat. My heart-beat nearly burst my chest open as an electric shiver shot down my spine threatening to pluck out all the hairs on my head. I passed out.

How long it was while I was unconscious I do not know. I only remember myself being woken by inquisitive twitters of bluebreasted tit birds, which were hopping on the lower branches of the undergrowth. My eyes wavered dreamingly on the undergrowth and tree tops as I tried to ascertain where I was. A throbbing on the side of my head dizzied my senses, I must have bumped my heard on a stone or something. When my head cleared my ears caught faint wheezy gasps -the cause for the tit’s curiosity. The infant was still alive!

Instantly, a replay of the heinous act flicked on in my mind. Fear gripped me as I realised that had I been caught at it jail was sure going to be my home for the next couple of years or so. I jerked up.

The tits took flight with shrills. My pulse racing, I glanced all around me. Upon seeing no one in sight I thanked the good Lord that the forces of evil had led me to choose such a remote place for their ghoulish ritual. I picked up the soil and leaf plastered infant. It had cried its voice out and was then merely gaping its mouth like a long starved bird-chick. My sweaty hands shaking uncontrollably, I wrapped the infant with my jersey which I had taken off when the labour pains raised my temperature. I then tried to bring it up to suckle but the umbilical cord would not allow the infant’s head to reach my navel.

It was then that compunction overwhelmed me, stripped me naked with guilt. I found myself not comprehending how the infant had wronged me for it to be at the mercy of my vengeful wrath. Was it not my fault that it was born anyway: owing to my pig-headedness, didn’t I take heed of negative peer pressure and clung on to false promises of an earthly paradise at the expense of my mother’s advice that I should abstain from playing around with men too soon if I were to avoid the worst results of some of their dirty games? Didn’t I allow myself to be deceived by a valentinÈs dinner by candlelight at a city hotel with Dolly Paton’s “Tomorrow Is Forever” as background music; and a boxful of gifts -perfumes, cosmetics and fancy lingerie?

What could have the infant which was not even an embryo then done on my behalf?

The sting of guilt brought with it a fresh surge of anger. Anger summoned back the devilish spirit of vengeance which, this time around, chose to feed venom into my mind.

“Why subject yourself to such mental anguish. Bhekizwe discarded you like a dirty rag now you want to burden yourself with this child that would forever remind you of him. Just dump it there and go before someone sees you”.

Choking with renewed rage, I threw the infant on the ground. It fell with a thud and a muffled whimper.

As I tried to stand up, again the umbilical cord checked my move. I froze with horror as I watched an extension of my flesh lain on the ground kicking in slow motion like a cyclist battling against a steep ascent. I could not stand the idea of ripping the cord from the baby’s stomach and leaving it dangling from inside me. I could not tear my soul. Powerless, I feel besides the infant and wept.

Convulsing with sobs, a volley of questions burst fort from my conscience completely exorcising the fiend from my mind. What would killing or dumping this baby bring to you?

Are you not, by God’s decree, supposed to be the guardian of this blessing which some women desperately need to the extent of paying thousands of dollars for cures or even bogus cures for barrenness; with some snatching it from other women? What if it is the only seed you are ever to conceive? All the same, are you going to be able to live with the guilt and cope up with the fight against the “ingozi” spirit of the human blood seeking vengeance?

“No!” I found myself shouting eerily as frightful images threatened to blow my head asunder. My shout startled the infant.

“Hush my baby”, I said to it softly. “No harm shall befall you now. Nothing is ever going to come between us. With you my girl I shall need no man, not even a billionaire. Men are heartless cruel beasts. You shall be souvenir of all the heartache. I have suffered because of a man I so much loved. I will Christen you Memory”.

Tears streaming down my cheeks, I upturned the front of my skirt to make a pouch in which I carefully placed the infant. I stood up abruptly and fled the place without looking back as if it was Sodom and Gomorrah to which if I looked back I would instantly become a pillar of salt. My mind was made up. I was going to join my aunt in vegetable vending at the city market so as to raise money for the upkeep of my daughter. How could I fail to care for only one child when my aunt has been able to pay rent, raise and educate a family of five with money from vegetable vending.