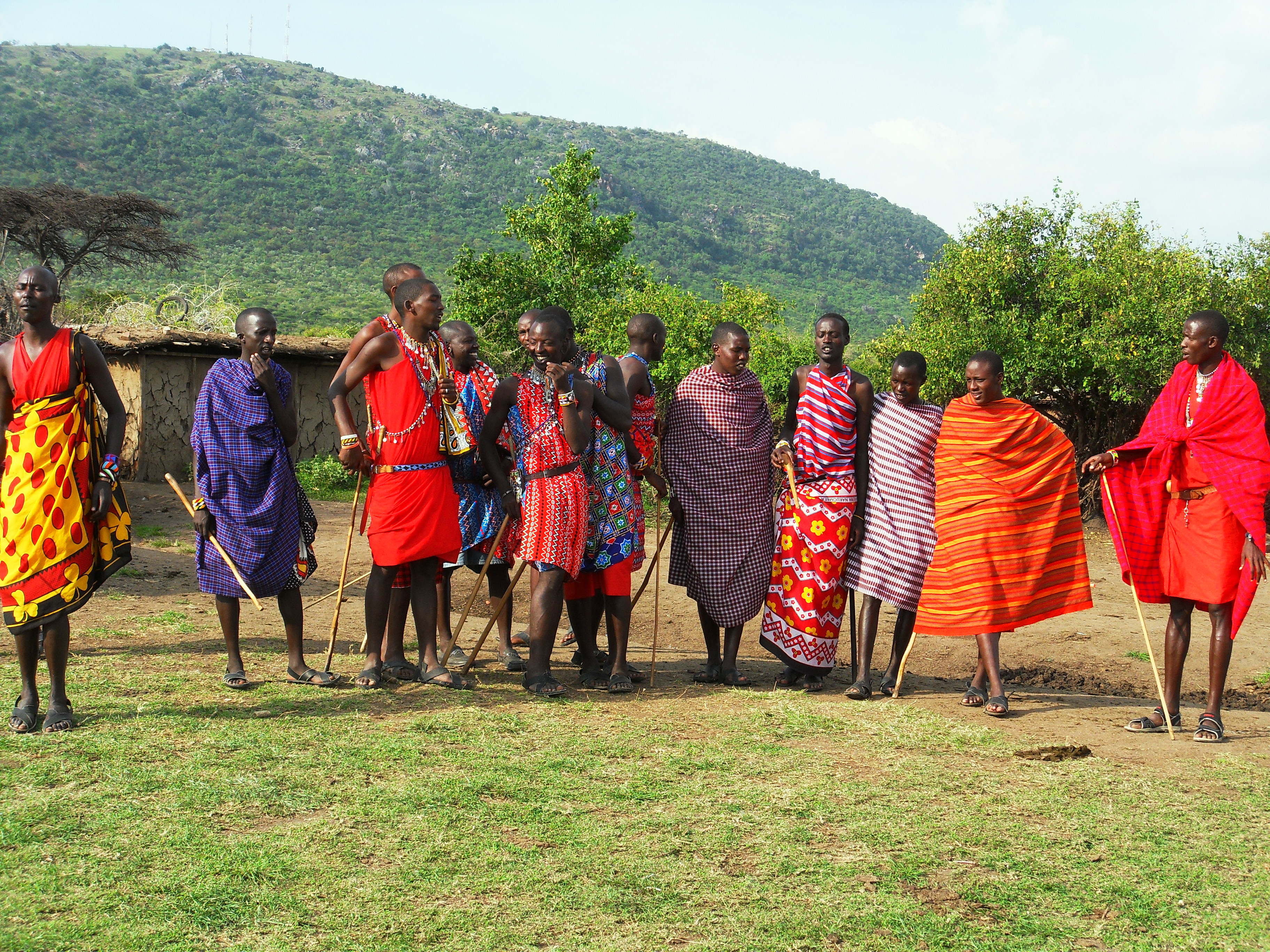 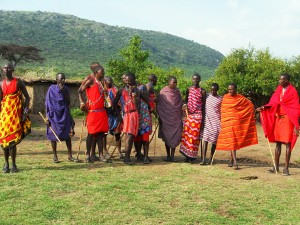 FOR FREDDY, A TROUBLED YOUNGMAN

us into buying this or that product. And he did it with skill, talent

and relish. And he was paid well for it. At the end of which, he would

rush back to his missed company – fat beer-party and gossip buddies,

some place to drink, get drunk, carouse and buy all the happiness they

thought they were getting. And this went on as years went by, Saulo’s

habit adding more weight and smearing sleekness all over him, such that

he seemed a man at comfort in this unpredictable world. Till one day

speed, their throats dry like maize husks after harvesting, and Saulo in

a rush to relieve his mind of that day’s particularly difficult customer.

“The man was like an Eskimo”, he told his empathic friends. “And mdosi

wanted me to sell a fridge to him”. And they roared with laughter at this

At which point he, who was the driver, forgot all about the happy gossip

the joke had elicited in his comfortable friends, veered off the welllit

humanly possible, he detoured into some dark, dingy, potholed and

“What!” His fat friends sat up, alarmed, gossip and jokes suspended in

“A short cut”, he replied, busy at the wheel to avoid potholes.

“But this is dangerous!” and before he could re-utter “shortcut”, he expected

on them like some ill-tempered bees, live, up-close and personal. Too

late, the panicky driver tried to reverse his careless mistake. Alas, the

intentions, and without thought to it let go a volley of gunfire that

did a number of things. It missed the driver but hit the man next to him,

who heavily slumped with a terrible groan unto the shell-shocked Saulo,

as the car came to a violent halt, its driver and tyres effectively deflated.

The ordeal then begun. Out of the initial five of them from first world

Nairobi, only Saulo was left with his life. And the life-preserving reason

was that vicious as he was, he had his pride and also believed in some

restraining god. For one, he never shot at a target twice. Secondly, if one

survived the first shot, it was god’s plan for you and as such who was

he, a mere though violent, big muscled and heavily scarred toothless thug

to interfere with this god’s redeeming plan for you? Therefore, albeit

naked, stripped of clothes and all, Saulo was left to live, but on condition

propelled him into this run and into a new lease of life. And he ran like

a pursued prey, even though his breath came out in puffs of protest. He

discovered then that he was a fat man, a fact which had not occurred to

him before, and which perhaps had had no chance of manifesting itself

till now. And breathing laboriously but never running out of breath, and

and still hearing the stomping of the gangsters’ feet, Saulo thought he

heard them shout at him even then to say his last prayers.

He increased pace, breathless as he was becoming. His body complained,

each organ of it functioning as though at war with the other,

but it never slackened its flight from the place of murder. It willingly

obeyed him, especially when his mind drifted to the vision of the scary

alternative he had just escaped from – a bloody, gapping hole in his forehead

as it happened to his four dead comrades. It was a disturbing vision,

a vision from hell, a vision of summary executions, cold blooded

witness to the cheapening of life. He ran away from it, determined to

escape from it and adding more fuel to his unprotesting legs, drawing

him more and more to a new road he had never travelled before, the road

to Damascus, as it turned out.

A week later or so, depressed Saulo found himself seated beside a psychiatrist.

“Call me Ananias”, the psychiatrist was attempting to put the

patient at ease. But the one thought on Saulo’s mind remained the worth

and purpose of life, even as he sought psychiatric rehabilitation.

“If it is so simple to die”, he wondered aloud, “what then is life?” And

psychiatrist Ananias saw this as a good uncomplicated patient, one with

all manifestations of paranoia and phobia over circumstances he had been

through in the recent past. He responded to Saulo’s puzzle as professionally

as his profession could allow, telling Saulo that such a distressing

accept it blah, blah, blah…, but Saulo was looking for an answer for what

life was truly worth, which was perhaps beyond the calling and training

Saulo forgot about Ananias and drifted more and more into something

akin to a religious interrogation of what life was. His remaining friends

“His mode of eatin and dressin’z changed”, they gossiped in their borrowed

accents behind his back. “Even his talkin. The niggaz becomin

sorta of religious fanatic, men!”, they whispered with anxiety.

But they let him be. They reasoned that it was only proper for a man

be left alone to take stock of his life and make peace with the almighty.

He who had rescued him. They presumed it a fleeting phase which

would eventually wear thin. But Saulo on his part was too engaged, attention

profoundly drawn elsewhere to notice their gossip. In fact, he

avoided them when he shortly afterwards noticed their concern over him,

seeking to escape from their hold on him, their consumerist vanity and

to invest his life with more purposefulness. He found out now that their

talk was too inadequate for him, since to them life never went beyond

choma; now an existence that Saulo saw as a great persecution of life.

He even changed his name from the casual, carefree, happy-go-lucky

Saulo they had given him, seeing such monikers unfit on his new person.

How nicknames stick, he gasped, as he took on to tell whoever cared

Saulo was a corruption of his real name, which he undertook to clear

and straighten. And unlike never before, Paul Mmanisha now meditated,

Paul wondered at what life was.

If just a piece of metal, he reviewed in his mind, could sniff life, sleekness

and comfort out of my four whole friends at a sound of a mere bang,

what truly is life? And he put this question to everyone. And the answers

he received left him with more bewilderment.

“Confess!”, he always recalled with a start the vicious thugs barking at

him, as he knelt down subdued during the ordeal. “Say your last prayers!”

And Paul had trembled, unable to arrange his mind to recall anything

he had done that he could hold out in pride at the threshold of death.

But now he knew. It wasn’t just the fear of the thugs that had made his

mind blank – oh no. Away from the thugs and the ordeal, he knew that

there was nothing but emptiness. He just existed, like a beast, drawing

good from earth to feed his body with it, but nothing beyond this. Nothing

given back to earth. A parasite on good earth. Frittering and nibbling

away precious good, life and time in purposelessness…

“If you were to die today”, some religious personality he spoke to once

posed to him, “what would you say you have left down here on earth?”

And he merely saw mountains of faeces, rivers of beer-laced urine,

used condoms and attire, hours running into days into weeks into months

into years of empty gossip and vacuous world gazing, and nothing beside,

which really he could say was his bequest to earth. Yet he inhabited

the one earth, breathed the same air and ate the same potentialities

of earth as the Nelson Mandelas, Alexander Bells, Mother Teresas,

planetary crowd, thrust her chest forward and with pride, boast out that

“Look, here are my purposeful sons and daughters”.

in life. It inevitably came to pass that he should fall upon justice,

he found invariably in the literature he came to read as he sought purpose.

All the great books of life introduced the words to him. He came

to believe that they were key to life, since they filled every book of life,

them out at everyone, given any slight opportunity.

Paul estranged his hollow erstwhile friends further with the gratuitous

spew of these words. So much so that a friend would, for the sake of

old times, urge him “Maze Saulo, shall we go and have one each, on

me?”, but Paul would calmly reject the offer, asking in solemn reply.

somewhere cannot afford a meal worth less than that beer?”

“Now what?!”, the miffed vacuous friend would explode and flee before

emptiness in his head. Some eventual day, however, the consequences

of Paul’s new habit caught up with him. He spewed the words in the

wrong context. His boss had just called them in his office for an update

of activities in the firm. On being asked to say something, Paul let loose

a volley of the words, in total disregard to relevance and agenda of that

morning. “What?” His flabbergasted boss gasped like the rest of the assembled

congregation, their mouths agape with surprise.

“You have joined trade unionism”, the paranoid boss concluded. A hasty

his workmates like some infectious leper in the days of old. And before

the day was midway, Paul’s services at the firm were alleged to be no

longer desired by some official letter addressed to him. And so was his

simple task in the world. He prepared himself for much more.