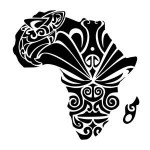 Announcement of a Competition for Comic Strips The cultural association ENERGHEIA of Matera, the Province of Potenza and Amani of Milan, with the patronage of Regional Administration of Basilicata, announce the seven edition of the literary Prize “Energheia – Africa teller”, with a Comic Strips section.

or to communications@koinoniakenya.org  object, Africa Teller