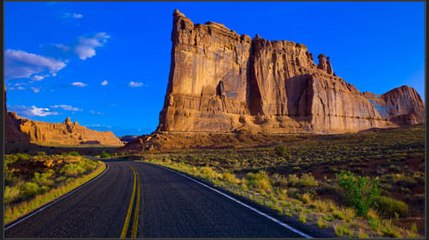 Translated from Hebrew by Raz Amitai-Preiss Ronen opened the door slowly. The house was silent and the only light was that in the kitchen. Ronen trudged heavily towards the hanger with the coat, and shoved the wallet back into the pocket whence it came, without sparing it a single look. The photo was chucked along with the keys in the living room. The dining table now bore only Efrat’s empty plate, so he put it in the sink and turned off the light. On his way to his room, he passed by the girls’ room and opened the door gently, in an attempt to avoid its creaking. It was just after nine, the room was dark and the girls lay silently in bed.
“Daddy?” It was Noa.
“Yes?”
“Good night.”
“Good night.” He closed the door and continued to the bedroom. He was aware of every step taken, as if he were walking for the first time. He looked down at his hand on the doorknob, and felt like a stranger, not knowing whether or not it could open the door. A lamp was on within, and Efrat was reading a book. Ronen followed her eyes, wearily roaming the pages and finally noticing him. He pulled off his trousers and quietly climbed into bed, then stared steadily ahead at the dark TV screen. He didn’t know what to say and couldn’t see if she was still looking at him.
“How was your day?”
“OK,” he answered quietly. “Normal.”
Efrat was silent, probably expecting a question in return, but he kept his silence stubbornly.
Finally, she said: “I’m sorry I was late.”
Ronen took a deep breath in an attempt to gain courage, clenching his fist. But as his silence endured, Efrat closed her book, turned off the lamp and turned in the other direction.
“Do you admire me?” He heard himself ask.
Silence. His heart plummeted and he focused his gaze on the edge of the blanket covering him. She probably hadn’t heard.
“Sometimes”, Efrat’s voice materialised out of the darkness, “when you cook.”
An immense sense of relief flooded him: he felt as if it was the first breathe he had taken that evening. Ronen turned on the Sports Channel without the sound and watched the commentators on the screen, even though it was hard to read the subtitles through wet eyes. Only when he was certain she had fallen asleep did he allow himself a small smile of satisfaction.