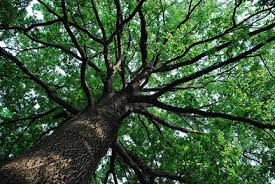 Gatuanyaga to Kirati. It was a long and tiring journey and many said

its like keeping the sun company. Others joked that they would not

grow very thin along the journey. Njoroge was sure he had broken a

record this day. By the time animals started sheltering from the

blazing afternoon sun, he could see Kirati hills in the horizon. He

grazing fields. That was a record only attained in the distant past by a

Kirati was the land of Njoroge’s grandparents, his father having

migrated to Gatuanyaga only twenty-four full seasons ago. A full

season was made up of two minor seasons, that of sweet potatoes and

that of millet. It was just after the millet harvest that Munene,

Njoroge’s father, had migrated. It was not a normal migration.

Actually, a young man had threatened to hurt him far winning a girl

he had targeted for marriage. It was a taboo for people of Munene’s

uncle in Gatuanyaga. Njoroge had accompanied his father for the

yearly pilgrimage visit to this place some five full seasons ago. He

was a young boy then. Now he was a man, having faced the knife

bravely two seasons past and not many people would recognise him

outright. Wangeci, his grandmother, was however quick to pick the

“Is that a son of Munene I see?” Wangeci asked.

“Yes, grandmother,” He answered as they shook hands.

“And is this not my husband?” she asked, scrutinizing him closely.

“I see you can never forget me”, he said, jokingly.

“How can I mistake my husband for anyone else?” Wangeci asked,

proudly. “Come this way my son.”

Having been named after his grandfather, Njoroge would always be

Wangeci’s husband even though her child. Such is the way of life.

The father is son to his sons. Life is cyclic and the present is a pure

reflection of the old and the past.

family courtyard. As custom dictated, you never probe for a visitor’s

intentions before wiping the dust off his throat. Wangeci was also

famous for her hospitality.

From her kitchen door, Wangeci struggled to read Njoroge’s face for

any clues about his visit. Though her eyes were slowly failing her,

she could see him quite clearly. His physique was of a full-grown

man and she wondered if he was married. But what could be wrong?

She had noted that his face was more lifeless than a stone. It was

also unusual for a person to come alone from Gatuanyaga, more so

during the season of sweet potatoes. Has Munene slept? No! It

cannot be! We his parents are still alive. He is too young. How can

God allow the pain of parents burying their children? It ought to be

the other way round.

“May God refuse!” she hissed and spat to expel that bad thought.

Njoroge leaned back on the tree trunk. He had literally done away

with everything offered, having eaten nothing the whole day. Such is

the sweetness of being among your blood, he thought. He looked at

the pile of sweet potato peelings between his outstretched legs and

thought they resembled a big anthill.

Njoroge was startled to find his grandfather, weakly supporting

himself with a darkened walking stick.

“Yes, grandfather”, he answered as he rose to shake hands. He could

not fail to note that his grandfather was now very old and weak. As

people say, no one would refuse to release him if the ancestors called.

As they walked to the hut near the animal shelter, Njoroge agonized

over the question – statement, “you have arrived…?” Did he know

that I am coming? Does he know what has happened? Njoroge was a

distraught man. Of course, he was of the lineage of Gitene,

the famous peacemaker. All people of this blood were known for their

non-violent nature and their ability to foretell events. Peacemaking

was their primary role. Among their common sayings was blood is

not water to be poured anyhow. They never went to war nor did they

hunt wild animals. To them all life was sacred and it was even a taboo

for them to intermarry with aturi, the ironmongers. Aturi were the

makers of spears, swords and arrows, all thirsty weapons which

quenched their thirst with blood. How could people of Gitene offer

their seeds to such an industry?

summoned in a hurry. A few elderly women also came to keep

Wangeci company. None dared to ask for the reason of their coming.

You should never be greedy for news. The elder Njoroge introduced

Njoroge cleared his throat, a customary sign of readiness to pour forth

what was in his heart. Every person present could sense that it would

not call for a celebration. Njoroge, like an elder in the making, would

not tell his story in a tasteless manner. He first explained, in detail,

the peaceful state of Gatuanyaga village before the arrival of the

moons ago”, he explained. “They camped at Kiri for quite some time

and caused a lot of problems there.”

Of course, everyone present was not aware of the arrival of men who

looked like butterflies in the eastern areas of the land. Within the last

two full seasons, these butterflies had increased in number. Many

‘seen’ many butterflies coming from the east with an iron snake. At

that time many people did not understand and warriors threatened to

kill the snake and burn it. Now they had arrived and their evil acts

were causing a lot of concern throughout the land.

“They arrived three moons ago,” he continued. “Our people

welcomed them very well. We gave them a place to build, we offered

them millet and sweet potatoes and elders slaughtered their sheep for

them.” He paused and took a deep breath. “It seems we were wrong.

They are bad men with a big eye for other peoples things.”

“With all that hospitality?” Somebody asked from among the group.

How can that be? How can guest have a big eye for his host’s

property? Many people shook their heads in disbelief.

“One day, they took someone’s sheep by force, when elders went to

them they refused to hand it over. Warriors decided to go and demand

for it but they didn’t known how evil those men can be. You see they

and makes a loud scaring sound. If that fire gets you, you are thrown

back and you die very quickly. That day we lost two young men.”

Gasps were heard in the room. Somebody made a very unnatural

sound. A woman called out the name of God, probably out of fear.

“Elders resolved to sanction a big attack on the white men. They

didn’t want them there anymore. However, my father argued against

it saying that more blood would be shed on mother earth. They only

brotherhood bond with the leader of the white men.”

Elders could be seen nodding their heads in approval. Munene had

proved his blood. Njoroge explained how a blood brotherhood

ceremony was performed. The leader of the white men, nicknamed

after being ‘joined’ with a sheep of one colour.

brotherhood. Wakaniuru promised to be peaceful”. Njoroge reached for

a gourd of sour milk and took a sip half-heartedly. All waited anxiously.

“These white men are animals”, Njoroge started, in a rather high

pitched tone, his voice raced with a conspicuous tinge of hatred.

not real. “They still went ahead and stole someone’s cattle and sheep

on the day older than yesterday. We lost three more people to

“Unbelievable!” shouted one woman who had to be cooled down by

“Our elders went on a peace delegation yesterday”, Njoroge continued,

“but Wakaniuru himself blew his magic stick against one of them.”

“What?”, wondered one elder. That was unheard of. You can not kill

one who comes in peace! All elders shook their heads as women

called out names of some famous ancestors.

“The rest of the things happened too fast,” Njoroge went on. “People

came from all sides, screaming and armed. Wakaniuru and his men

blew their magic sticks against the people. Many were thrown back in

great pain and death. But people were very many and Wakaniuru’s

men panicked and ran away. The warriors caught Wakaniuru and

paraded him in front of the screaming village people. They sentenced

him to death immediately,” Njoroge paused. All in the room were lost

for words and many listened with their mouths half open.

“As is the custom,” he continued, “my father, as Wakaniuru’s only

blood brother, was required to strike him first so that he could never

demand for any blood wealth. But how could a person of our blood

do that? How?” Njoroge paused, painfully. No one in the poorly lit

hut was in a mood to answer his question.

All faces fell and everyone in the room spat. That was the customary

“As they looked at Wakaniuru and his magic stick, the other white

men reappeared and started blowing their sticks loudly. Many people

fell to the white mans’ witchcraft. Even women and children were not

spared. People screamed and ran. It was total madness. I hid in a

thicket and when I peeped through, I saw a scene of death. Very many

people lay dead. The only person living was my father. He stood next

to Wakaniuru’s body, holding his ceremonial stick and a green twig.

Then the other white men approached and blew their evil sticks. I saw

him fall to the ground.”

There could never be enough words to describe the painful feelings

within the group. Wangeci rose, beat her thighs then sat down facing

the mud wall. Many spat. All wondered.

women and children? It was all unbelievable. At no time in all tribal

history had that ever happened. The elder Njoroge cleared his throat and

all set their ears, ready to hear at least one comforting word of wisdom.

“Son of my son”, he started “I did not know what you would come

with but it is surely hurting. To you all, never forget that the true

source of our pride is in being peaceful to all. Munene did not let us

down. Did you hear what happened?” he paused. “Your work as

peacemakers is going to be more harder and dangerous. But never

forget, in peace there is pride but in war, pain. Both peace and

violence come from within the deep wells of the heart. Many people

have filled these wells with hatred, envy and war and they are no

better than animals of the wild. Be ready, for a time is coming when

killing a human being shall be equated to killing a goat. When women

and children shall kill and be killed in the battlefield,” he paused and

He groped for his walking stick, rose, and headed for the door but

“Never forget what we say. We must never fatten the hyenas by using

human beings.” He exited and went into the pitch-dark night.

An eerie quietness descended over the group, people started leaving

quietly, one after the other. Njoroge was lost in thought. When shall

the life of a human being be equal to that of a goat? When shall men

become animals as to kill women and children? What about those

who are holding peace tokens, like his father? No! People cannot live

in such an evil world.

In his half-sleep, he thought he heard a girl shriek. Voices and a

commotion followed. A woman kept repeating, “He has been called,

he has been called!” Njoroge made no effort to get up. He already had

seen enough and had a promise of worse to come. Yes, when blood

will apparently be spilt just like water. He clenched his fist in anger

and couldn’t help praying, “May God say no! May God refuse!”.