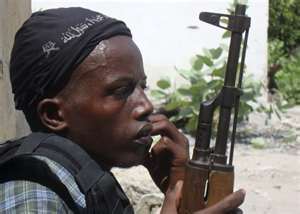 None of his two visits to the city was appealing. He first went to see

his son who was being incarcerated at National Detention Chambers

this was necessary; he was told, for the preservation of public

security. He did not quite comprehend the statement. But he knew his

son was detained for his personal beliefs.

was transporting his son’s body back to the village for burial. His

eyes kept shifting between the coffin and Nyarari, his son’s wife. She

had been married five years ago. He felt agitated when he saw her

grieving for her aborted life dream. She had just celebrated her

twenty-eight birthday and here she was, a young widow.

only life investment was plucked from tree of life before it

blossomed. He looked at the wooden enclosure that had ingested his

son’s remains and felt disconcerted. This was a son who had made

him drain his coffers trying to educate him, with hope of better

When his son graduated with Master of Arts, like many people in the

village, he thought his long ordeal was over. He remembered his son’s

graduation that resembled a fairy tale wedding. People from across

ridges trouped to his home to witness the great event.

His son like many intellectuals, writers, lawyers and journalists in

Banana Republic were considered as subversive elements and

collectively they assumed the title of “Enemies of the State”.

This is why Mzee Wanduru was convinced that the state has

everything to do with the death of his son. He recalled how the

Security forces would ransack his house as they searched for what

they called seditious publications in his house.

They would insist that his son, who by now was teaching

Government Course at the National University, was poisoning his

students, by exposing them to the forbidden contents. He was accused

of reading Das Kapita and other proscribed texts and also for

belonging to a clandestine movement, calling itself Mwabanana that

was meant to sabotage constitutionally elected government of Banana

culminated to his death. Three weeks had elapsed and his son had not

shown up. Which was quite unusual of him, he paid them regular

visits in the village. However, a contingent of the BSI security

detained at National Detention Chambers under Cap 107, Laws of

under the BSI surveillance. He obliged. He was blindfolded during

saw his son holding onto gratings of a strongly fortified detention

“Time is up!” detention warder yelled.

“Father! Take this and keep it”. His son tossed a notebook before he

was whisked back to unending detention corridors. He put it on his

coat. Then he was blindfolded and taken back home in the same way

he had been brought in.

reached home, what bogged him down was his son’s uncertainty in

the hands of dreaded BSI officers.

behest of government order. He waited for an opportune time to read

its contents; and that time came when they were returning back to the

notebook. He opened the notebook and found it was his son’s own

“Take my regards to my wife and son. Inform her that I still hope to

come out of the detention to make real our lifetime dreams. I know

Security Intelligence (BSI) called in our home. I suspect that they

day they arrested me.

Unfortunately on that morning I talked about Socrates who taught

youth free and inquisitive thinking. He rubbed the authorities the

wrong way. He was sentenced to die and was asked to choose

between hanging or drinking Hemlock, he chose the latter, I even

he questioned the old school of thought. I gave other examples like

that Martin Luther King Junior whose belief in brotherhood of

mankind earned him an assassin’s bullet. “Stand by the truth if you

are patriotic. Our jails cannot contain all of us”, I concluded to the

bewilderment of my students.

So when I heard the incessant knocking on the door that evening, I

knew that the chicken had come back home to roost.

They forced their way in and forced us to wake up. They started

throwing our effects flotsam and jetsam.

My three-year-old son was askance and perplexed. He thought they

were robbers or thieves I could not stop them from their wild spree. I

just stood there, like a geographical feature, until they were done.

They don’t have shame I tell you, why should they do this to us, in

full glare of our son, yet President Wandahuhu is on the record as

saying that he wants to preserve African culture; he even dropped his

Christian name! Is this the African culture that he wants to preserve

I could hear cry of distress from my wife and son. She screamed but

no one could dare answer her. It was cardinal offence to be found

member of BSI from the crowd, well: I did not know what it meant to

be a detainee in Banana Republic.

It is a taboo to talk about the issue in the land. It was only The Daily

Truth, that lived to its watchdog calling. It dared the government. By

carrying critical editorials and serialization of the dossiers implicating

The rest is dustbin. BSI officers ambushed their printing press; they

dismantled machines and impounded documents that they classified

as being treasonable. The editors were rounded up; the daily was

proscribed under Cap 177 Protection of Public Security Act. Later we

heard rumors, the Editor in Chief was killed and buried in a mass

To return to my story, they blindfolded me although it was still dark

and drove me at a terrific speed.

socks. Then they thrust me in the cell then I heard footsteps

approaching to where I was sitting.

who wore camouflaged military attire. One of them, who seemed to

be their leader, ordered me to stand. He instructed me to strip naked. I

no otherwise but to obey.

The other two stepped forward and I started stripping me. I demanded

give them orders. I was left naked for half an hour before one warder

threw to me worn to shreds kunguru to cover my body.

I felt very cold. The floor was very cold and flooding light made it

difficult for me to sleep. Then I asked the warder the time, he feigned

not to have heard from me, then he said, “Has time wronged you?

Why do you wrestle with gods? Why can’t you care for your wife and

children and forget about this business of wrestling with the

another room painted in red. I was surrounded by 40 ft perimeter

wall. There was nothing there but deafening silence. I was given pail

to act as my portable lavatory, because as one warder reminded me I

was an enemy of state.

I just kept waiting for the worst.

van, I was then pulled out by two police officers, one on my left and

another on my right, each holding my arm, and then they pushed me

up the stairs. It was a quite struggle putting my foot on the stairs and I

missed a stair now and then to the amusement of the officers. After

what appeared like scaling Kilimanjaro, a door flung open and we

came to a leveled floor. The hood was removed off my eyes and I

found myself in a strongly illuminated room all men there wore

“My name is ESB or if you are interested Enemy of State Breaker. I

deal with those who want to take our republic to the dogs. I am paid

to do this. I have to do this because I love my country. You are a

enemy number twenty-one. I cannot allow you, just because you have

your useless degrees, to subvert the government”.

“I am feeling sick can I see a doctor?” I answered.

come to attend to you? Why can’t you ask your foreign masters to

come to your help?”

“Now tell me because, others have testified against you, do you

belong to that naive group of hooligans calling itself Bwabanana, no

“Take him to B”, he growled back. I was taken by two or three

warders and showed me into a gloomy room. After ten minutes or so

they switched the light to let me know my new cellmates. I nearly

screamed when I saw three dead bodies lying on the floor. Then lights

The next day I appeared before ESB, “have you learned the lesson

professor” he asked, “Do you or don’t you know about Bwanana I

I was silent for I had nothing to say.

“Take him to C”. He ordered. It was a well-illuminated room with

several armchairs. Then I was told to sit on one chair. When I had

taken my position, they came and chained me against the chair and

switched on current. I was sure that I was being electrocuted. They

would switch it often, and then they would look at me and laugh at

my peril. ESB entered the room and asked one of warders to pluck off

finger of my thumbnail.

He approached where I was held the finger above my nose and said,

“Prof… are you ready to tell us what we want?”

My heart started telling me confess! Confess. I feared that the

protracted torture would destroy my resistance. I nearly believed what

he was telling me; that I was the enemy of state and I even thought of

begging for mercy. But the other person in me stood its ground. “How

can you confess of something you don’t know?”

ESB said he was giving me that night to think about it, “Whom do

you think you are Prof? Banana Republic is greater than all of us.

country. By refusing you will be saying to us to hell with your

republic. The choice is yours”.

The notebook was over. He then heard somebody saying, “Let

remove the body. We have arrived”.

village was over. The coffin was put between two stools and the burial

ceremony begun. Yet none of mourners dared to discuss the death of

his son. Tension was everywhere. When revered Father stood to

conduct his mass he said, God called him to be with him. He is better

than us here. No more worries and pains. He has done his part in life.

His wife and son came, stood by the coffin and shed their tears. His

relatives too came and saw their son and a brother. It was an act of

God. His actions are not questioned. God called him hence.

He was interred in his grave, his wife, son and parents planted

flowers silently. The flowers still grow silently and the wife, son and

parents are still waiting in silence for the day.