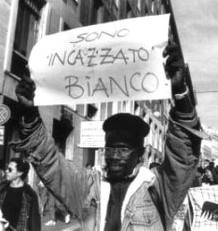 A victim of deception_Michael K. Macharia

He treats me like simpleton, to serve his insatiable whims at the behest

of my family. He must know do not subscribe to this. Sooner than later.

Murimi resolved as he walked haggardly along the path. His overcoat

hung loosely on his right shoulder. A small cloud of dust gathered behind

of trousers. He could not quite remember when he had bought it. Must

have been on his last pay.

The sun was scorching hot and the sky was cloudless. It had not rained

for months. People in his neighbourhood including his own family

the situation. A drop of sweat fell on his eyes almost blinding. Yet, he

remained resilient despite the harsh conditions of weather. Murimi was

that had beset it. He firmly held the view that the solution to the legionary

He, like many of his contemporaries, felt deceived by the recently elected

government. They had placed a lot of hope in the new breed of leaders

as the panacea to the problems that had bedevilled the community

over the years. They had unanimously cried loudly for change.

However, few had thought what kind of change they wanted. The atmosphere

soon after the elections was euphoric as the whole country

overwhelmingly rooted out the previous dictatorial regime, whose

greatest failures seemed to have become elusive to the public con-

sciousness. The euphoria had degenerated into apathy and utter despair.

Murimi was awakened from his temporary aberration by the voices of

their homesteads. The river seemed to be the only sign of life left to the

beleaguered villagers. The women were talking agitatedly to each other

and he could pick a few words as he approached them.

to break the night long fast”, said another.

“I did not want to be the one to miss riding on the political momentum”,

still another one added, “only one thing mattered then: a person who would

remember the tribulations of the down trodden”.

Another interjected saying: “Politicians are like serpents; they use sweet

words just to get your vote and then forget until the next round comes”.

“No wonder they all have that stomachs come first”, Wambui concluded,

as the others broke into a laughter.

Murimi could see them all as they sat each on her jerry can. He passed

them on the other side without paying much attention to them, but thinking

of their conversation. “What has beset our motherland that we all

seem to be preoccupied with the same thing?”, he pondered.

“Are they also victims of deception?”, he asked himself.

“This thing is the greatest tragedy of our lifetime”. He summed his

He was tired having been on duty throughout the night. He hated to think

of what he was doing as a job, yet he found himself taking that route

every evening. He was disillusioned by the dilemma of having to work

but not receiving his wages. He wondered why he had to keep on struggling

long after independence had been won. It was however evident to

him that though political independence had been won, economic freedom

who owned and controlled the means of production. Besides,

he felt, like many other peasants, his labours were being used to enrich

the rich. Work to earn a living had become work to give them a living.

did not succeed in getting something for him.

the conveyor belt from the frying pan to the fire. She had become increasingly

quarrelsome of late with a threat to desert him apparently for

suffering from several cold and lonely nights syndrome, a condition that

had become prevalent among young women whose husbands worked

as night watchmen. He was at a crossroad in his life: to lose his job and

keep his wife, or lose his wife and keep the job that did not afford him

enough for his family. He needed both.

Murimi had excelled in his academics, something that had propelled him

to the university. He studied philosophy in which he equally passed magna

Upon his graduation, he had taken his papers to a number of organisations

which had promised to get in touch with him soon, but days turned

into weeks then into months as nothing seemed to happen.

But the stark reality outside the campus lecture halls was too confounding.

Philosophy at its best remained a good intellectual activity, a

true platonic experience whose paradigms were not palatable in the

job as a watchman, thanks to the kindness of Karianime, his boss.

To Murimi, Karianime was the epitome of all his problems. He was a

short, stout man with a protruding beer belly and a head whose hair become

as rare on his head as coniferous trees are to the Sahara desert.

His face was wide with a peeling nose planted at its heart. He was a rich

man by any standars. He owned a big undeveloped farm in the outskirts

of the city. He, however, had built himself a bungalow in which he lived

with his wife and two children, who were attending high school in the

city. The teenagers would be home this coming Christmas wich was only

It was on this farm that Murimi was employed as a watchman. He dutifully

arrived on the farm at six in the evening ready for his round. He

for the sleek Mercedes Benz in which Karianime was chauffer driven.

Karianime cannot be said to have sweat his way up to riches. His father

arena. After his “O” levels, which he had not passed, Karianime’s

father was able to fix him in the ministry as a junior officer. Merit was

clearly. Being no imbecile, he learnt the rules of the game soon enough

of the civil service. From this position he gained a lot of influence and

well. This plus his inherited fortune had seen him enjoy his present

corridors of powers and prestige.

But for Murimi, this was not anything to go by since Karianime was greatly

responsible for his terrible predicament. His salary, if what he got merited

the name, was in arrears for innumerable months. His family was

not been to school for lack of school fees. It was terrible for him and

found it difficult to understand why Karianime had become so bestial

in his dealings with his serfs.

Murimi was depressed, and was now walking like a robot, controlled

by powers beyond his realm of understanding.

“What is the meaning of all this that I am going through?”.

in the echelons of their riches?”.

feel”, he concluded as he came face to face with his son, Karigu, lying

by the gate to his compound.

He was baffled by the image of his son lying there almost lifeless. One

thing he was sure of was that his son had not eaten anything. Utter despair

engulfed him as instant rage rose in him. He had to do something,

and pretty fast, to save his son’s life. Karigu was everything to him and

he could not find any meaning in life without him. He ran the rest of the

distance to where his son lay, kneeling down to feel his pulse. He called

out to his wife, “Mugure! Mugure!”, no response. He rose running to

like that of a grave was all that greeted him. Rage gave way to

Mugure, his wife had finally left him. He felt like a deflated balloon.

He walked back to his son in a quagmire. Unable to think straight, he

knelt down beside his remains feeling too stricken to fight back.

“I should have done something”, were his remorseful feelings and

thoughts, but it was too late as events had overtaken him. He spent the

rest of the day in spasmodic moods of frustration despair and guilt. He

went to work that evening with one thing in mind: to teach Karianime

morning after having a shower. Just outside this window there stood a

big clove tree that was home to many birds. He admired the beauty of

their melodies before dressing for his breakfast. But on this morning there

was something eerier about the tree. The birds were missing and the coldness

of the silence that hit him was disturbing. He searched the tree not

knowing what he was looking for.

a lump on his throat and almost vomited. He could not bring himself to

facing it again. He turned and ran towards the dining room. He found

his wife setting the table ready for breakfast. He was panting and his

wife noticed something odd with him that morning. He had not greeted

her as was the norm nor had he said anything to her. He was just there.

unusual silence from him. “What is it?”, she asked him, but got no answer.

She could see there was something terrible disturbing him.

“What is wrong?”, she asked him again.

He took her by the arm and led her to the window. He pointed out to her

without saying a word. She stared without seeing anything unusual. He

pointed out to her again. This time she followed the indexing finger more

closely. She saw it. It was there, too real not to see it.

“Uuuu Uuuu Uuuu”, she cried out. There he was.Murimi was dead and

his body hang precariously just above the bedroom window, with his

eyes wide open and his tongue falling out.

A simpleton, that he ostensibly was, had spoken once and for all.