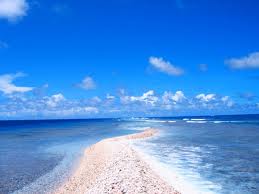 Gacoro is not raving mad like Wambaire -who tells everyone she

meets so salute and call her ‘chief’. If you are the lofty type that does

not acknowledge orders, leave a1one obey them, you wil1 be brought

head. But even if you are meek enough to comply, she will somehow

find it ridiculous and beat you up anyway. However, if you know

your way around Kenya, you are never to be caught dead with an

her favourite spot at the market square.

Gacoro’s insanity is of an entirely different brand. Some people say

he is not actually mad. Women in my village say (when they think

He is always on the move. He knows everybody by name. He never

forgets a face. What is worse, he has a knack for storing in his long

term memory the worst in a character. When he meets you, your

website flies open in his mind. He begins talking to himself about you.

Every time I meet him he shouts for all to hear: “Wacu, learn to use

the toilet properly”. This he said even last week when I was leaving

Kiguta’s Workshop. Kiguta had just told me that I was the most well

parents. He is yet to come.

This started from a rather unfortunate morning, when I was in

Primary School. The bell for morning assembly had just rung and I

had made a last minute dash to the toilets. The toilets had just been

built. In my hurry to get back to the parade ground and due to my

inexperience with the new toilets, I messed up. Unfortunately the

teacher on duty was in a last minute inspection tour. That saw me

cleaning the toilets the whole morning. After the punishment, the

teacher firmly admonished: “Wacu learn to use the toilet properly”.

I really do not know where Gacoro was to hear this. All my attempts

failed. He is talking and moving all the time.

This may not be as embarrassing as what he tells our pastor. When he

if you are afraid to visit Susanna, when her husband is away at work,

why don’t you rent a room for her at the shopping centre?”.

It is not known where Gacoro heard these words. It is also not known

why Susanna has rented a room at the shopping centre. Her husband

who works in Mombasa is said to be a very responsible man. Pastor

(Be defeated, Be defeated). That to the demon in Gacoro. The demon

is going from strength to strength.

for the burial. He had been found murdered at the door of his shop.

He had been an industrious young man. Although he was quite young

he had done better than the two older shopkeepers.

shopkeepers was intoning in the most sorrowful of voices how sad

let out a cynical laugh. It started with a muffled giggle which

developed to a roar. We could have ignored him but he started talking

to himself: “TuguKang’ aria biu (We will drain him completely). We

did not come to sell shelves here”.

I saw Kobia, who was reading the eulogy adjust his spectacles

impatiently. A little sweat was beginning to trace the hairline at his

For the first time, the policemen, who had been called in to ensure

enough security, picked Gacoro up for questioning. It was really a

useless affair. I hear he kept matching up and down the cell talking to

himself. Alter all, he is a madman. What now worries the police is

that he talks of harassment and bribery when he sees their Land rover.

The cell, he says, is like his father’s pig house complete with dung

and urine and overcrowding and suffocation.

Our M.P. is coming next month. We really have to lock Gacoro up.

The M.P. should not have talked about road repairs and electrification

during his campaigns. When he came for a fundraising at the Girls’

electricity, Ha! Ha!.” He was an embarrassment. It is because of him

kept away. But he wil1 find his way to the meeting and he will talk.