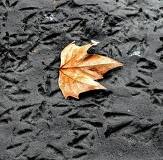 into this world to be an example to others. You see, this whole issue started

turned its back on me for along time. I son of Nyapodo was getting

into serious humanitarian work, not my normal paper shuffling duties.

You see, my boss was supposed to go for this quarterly filed trip to

South Sudan where we happen to run some funny humanitarian programs

which at the end of the day put bread on my table. For reasons beyond

my knowledge this otherwise very difficult fellow decided that he was

the land of Garang.

Well, I need not complain because when this fellow came to me with

the directive, I was secretly elated. In a way, this was a blessing for that

border. I was therefore secretly in cloud nine because the passport was

year. As soon as I confirmed this trip I embarked on what any lakeside

son would naturally do. That is call all friends and relatives who cared

reached for the next two weeks. Don’t care how I do this because my

phone is always credit starved and on receive mode always, the nearest

it gets to a call mode is flashing.

for me here and there as usual. I’m even surprised why this fellow has

thing that tickles him especially when I’m wearing along face. I’m not

sure, maybe I make grand sight with a long face, you see I’m not exactly

handsome. So for one week he got me doing some tedious report, which

this woman colleague had left undone for the last two months. I always

get this funny feeling that the two of them are having a ball.

the Dinkas. Armed with my tools of trade a calculator, my stamped staved

passport and feeling quite important, I breezed into JKIA and on to

Lokichokio. You should see how tough I looked on the flight wearing

that face that says “I’m used to these things”. Early next morning found

airplane. Six hours and six stops later, just when my bravado was

do if this contraption of a plane crashed in the rugged South Sudan countryside,

the pilot announced that we were soon landing in Mabior which

happened to be my destination.

into the air once more. I later overheard passenger saying that the runway

was flooded hence hampering our landing. After several aborted

queasy stomach. I was the only one getting off at that stop and they must

off without a hitch.

saw got me thinking again. As for colour you don’t mention that because

though once a classmate said I was, as dark as three midnights combined

did not know what he was yapping about. They must have thought I

was an albino! I then became aware of the heavy air, rolling plain-land,

humidity and the overpowering marshy smell. With it came the first mosquito

“Welcome to Mabior, my name is Ajang Ayiang Thong’, you must be

Dan”. I wheeled around to confront the tallest and darkest human being

I have ever come across. “Yes I’m Dan. Are you from the Oxfam office?”.

I asked and replied in affirmative adding he was there to pick me up. I

someone to pick me up. I said a silent prayer to the almighty to bless

him as Mr. Thong’ led me to the vehicle which was to take me to the

office. As we neared the car I noted a kid of about twelve years but with

a height of my tallest relative with a missing arm. Noting my curiosity

Thong’ said: “He got that from a snake bite, so many snakes around here

but no drugs, they had to amputate him to save his life”.

I swallowed and grunted something of a reply but nothing came out. You

stay there for about a week. I must have passed the message clearly to

preferred to ask me how our Nairobi office was. Yes I was in Mabior

and as we drove through the swampy land the mosquitoes decided

part of my uncovered body. Seeing my discomfort Thong’ told me I will

get used to them. Himself he seemed quite at ease and the suckers were

not even bothering him. Somebody tell me how you get used to

The first day was sheer torture, apart from mosquitoes my quarters was

some roughly built muddy, grass hut with the roof so low that entering

them seem like a stunt out of Hollywood. In the hut there seem to be

whole clan of lizards and geckos. Creeping things could be heard all over

its grass-thatched roof. As if to make me appreciate the place’s diversity

thing you must own in the area. He told me I had to be extra vigilant.

In Mabior you don’t go touching anything without looking. Scorpions

great paroxysm of pain for days on the end. Painkillers are unheard of

and you just have to rely on your vigilance. To wind off the orientation

on a snake. “Plenty of them around here, they come from the swamps

looking for high ground”, he added.

Needless to say, after fighting the mosquitoes, watching out every move

I made and generally acting tough, I was dead scared. In between I

take care of my growling stomach. And then the toughest part came. Going

to bed. After being brought up in the tough Nairobi’s Eastland’s environment,

too much for any Eastlands upbringing. At least there were streetlights

when we were clobbering each other silly in Eastlands. Not knowing

what to expect in muddy, grass-thatched hut in a foreign land I timidly

shone my spotlight towards my bed. I checked, rechecked, checked and

rechecked before lying on the bed and switching off the light. I started

battling with the sleep to come in vain. Then I started cursing my boss.

I retracted my earlier prayers and cursed him some more. I closed my

knowing eyes. I opened my eyes fast preferring to stare back at the unseen

scorpions and snakes lurking somewhere the dark hut than giving

him the fun of laughing at me.

Then I got up with a start. There is no way I could miss that. That was

burst from a rifle, at least my Eastland upbringing could help me distinguish

a rifle shot from the monotonous croaks from the neighbouring

swamps. Then it came again and my heart started racing towards the finish

line. And I cursed my boss once more. A voice called my name from

outside but my throat was too dry respond. I recognized it as Thong’s.

“Don’t worry Dan those are just drunk soldiers on patrol”, sensing my

fear he must have come to warn me, I must have grunted some sort of

reply but his re assurance made little difference. It got me wondering

whether I’ll get out of this alive. This was truly South Sudan, if snakes

and scorpion spared you, you need not worry, the Government of Sudan

bombing campaigns will finish you off. And sleep refused to come

till wee hours of the morning when I fell into a troubled slumber.

I woke up red eyed and got out of the hut as soon as I could, preferring

to face the unknown in some open space and not confined in the hut. “I

hope you had restful sleep”, the camp manager greeted me and I felt telling

thought better of it. “Great night” I replied, “where are the showers?”.

to Nairobi. I cursed my Boss again.

I was still required to be in that land. The only communication I

boss sitrep at least once daily. On my first sitrep the fellow had audacity

to ask me how I’m enjoying my stay. I was almost calling him names

for another day. He went ahead tell me how impressed he was with me

and gave me pep talk on dedication to duty. How I wish Bosses knew

what workers think of them.

And then my day of leaving came at last. I got quite elated and was promising

myself the coldest beers ever brewed. Even Thong, noticed that

catch up with me in Nairobi pubs. The plane was planned to pick

this. For the first time since I came to this dreary land I enjoyed my breakfast

and was generally taking it easy waiting for my pickup time. I even

their marriage rituals and describing to me the Dinka beauties. “A taller

price and their short plump counterparts”, he was saying.

That’s when the inevitable happened, the clouds that had long been gathering

quietly opened up and it started to rain. Entranced Thong’ who

hands went to his mouth. “I hope it stops soon otherwise you will not

be leaving”, he muttered. “I don’t care if it rains cats and dogs I’m heading

home”. “Unless they drop you a rope”, he explained innocently,

“no plane dares to land when it rains here”. The airstrip becomes flooded

the plane from landing. So it rained for another hour and glum settled

back on me like a cloak. Come one o’clock and the rain stopped. The

that I was not worth crash landing for. It circled the fourth time got its

“So what happens Thong, when is the next flight?”, I asked desperately.

He looked at me sadly and replied: “Same day next week”.