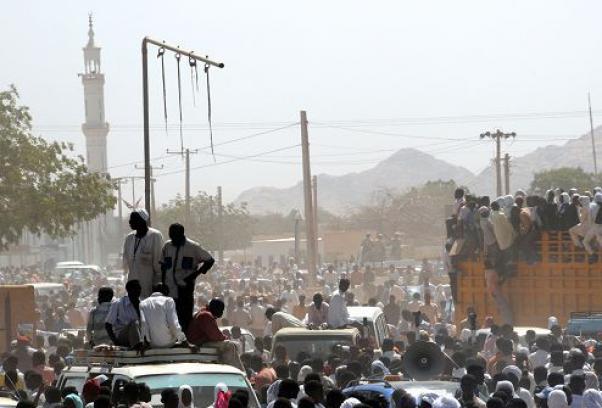 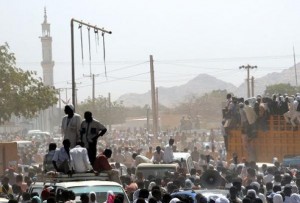 Once upon a time in the village of Kanugu, in the lower lands of Rift

valley, located in the country of Kenya, there hailed a family of four.

They were father, mother and two boys by the names Muhoru,

Mukiri. They lived with their mother because the father was working

in a town far from home. He used to visit them after every end of

month. They were living in a very happy life although their mother

permission. The boys were mature enough to attend school which was

three and a half kilometres away from home. They used to wake up

very early in the morning, get prepared and join their neighbouring

schoolmates to the school. For the whole of the day, their mother was

busy at home attending farm operations and making sure there was

enough food for the day. She also made sure that the cows and the

water source, which was two kilometres away. In case she happened

to visit the boys’ father, she could make sure everything was in order

such that they were able to sustain themselves in her absence. They

could also cook, wash their clothes and wake up as early as 3:00 a.m.

to milk and deliver milk to the collection centre. It was one kilometre

from home. Times were hard because most of the times they were

relying on what income received from milk sales. Sometimes the

school fees whenever their father failed to send some. The only

evening after school. A task that made them very tired at the end of

the day. The only way to refresh themselves was to play “hide and

seek” game late in the evening. Studying for them was difficult

because of tiredness so almost everything they were taught in school

the previous day, was past tense. This was their daily routine from the

time they open the school until they close. The time they enjoyed a

weeding. The rest of the time they spent on playing with other

children and luckily visiting their father at his working place. That

which they had enough time to study.

One day in the morning, Mukama decided to visit her husband

Muhoru, at his place of work for one week and leave the boys alone

for they were used to. She called the elder boy Gitaigwa and told him.

“I want you to listen carefully. Because nowadays you have become a

crook, I want to leave you with enough precautions and warning such

that in case you go astray, or something goes wrong, then you’ll be

the one to answer. Because you are the eldest”. “Mum I will do

everything okay. Where are you going?” the boy asked. She did not

answer and instead she went on talking to him. “You know last time I

left you, there was not enough money to spend. That is why I took

only one day. Today I am going to leave you with enough such that

even if I take one week you’ll be okay”. The boy smiled and nodded.

He did not brother to ask the same question for the second time. He

her statement. It is from this time joy flashed into Gitaigwa’s heart

so had been barred earlier by their mother. She started preparing

herself as she allocates duties to the two boys. Lucky enough, it was

on a weekend and the boys were not attending school. So they had

all the time to complete the day’s work, wash their cloths and

Mukama did not need the boys to see her off. So she left to board a

by the bush. They were to make sure she had boarded and left. This is

where their wrong journey started. Gitaigwa broke with joy and told

his brother, Mukiri, “Now you know what? We are free to do

everything we desired because there is money, food and we don’t

need all these money for food. Instead, we are going to invite our

friends and buy bread, soft drinks and then we proceed to the

enjoyment. What do you think?” “Yes! That’s quite a brighter idea.

We have stayed for so long without enjoyment”. Mukiri said. “But…

wait a minute. What if we finish the money before our mum is back?”

He asked. “Aaaaaa! No worry. This is a lot of money. I will show you

how to spend it”. Gitaigwa replied. They went back home to prepare.

After arriving home, they had a hard time to prepare for everything

including fetching water, cutting firewood and washing their cloths.

This was to avoid any interference with their next day’s plan.

“Gitaigwa” as the name suggests, means somebody who does not

abide to whatever thing he’s asked to do. This is so in their “Kikuyu”

tribe and “Mukiri” means a humble person. This is the time the two

boys signified their characters. The next morning came and they took

shower, breakfast and left without informing their Herdsman. This

being on a Sunday, there was no great bother because there was food

feed himself. In the other case, the boys did not want to disclose of

comeback. When they arrived at the bus stop, Gitaigwa

enthusiastically shrugged Mukiri’s shoulders and told him with a lot

of excitement, “You know what, I have a very fine idea of what we

can do to make our day more successful, and save the money we’re

having”, he continued. “We shall go to Mr. Mwega’s home and lie we

have been sent by our mum to borrow his bicycle to fetch water. And

you are the one to go and tell him so”. Mukiri did not refuse. Instead

he replied, “That is a very clever idea. But don’t you think he will

resist?” “No. He will definitely give because she trusts our mum so

much. You don’t have to worry. Go with your full confidence and he

will”. Gitaigwa answered. He did not hesitate and lucky enough,

get to work daily. Mukiri left with great joy and when he arrived

where Gitaigwa was, they both could not hind their joy to each other.

they fled towards the shopping centre. Before they arrived, they met

with one of their schoolmates who was their neighbour. His name was

“Makena”. They stopped. He excitedly greeted them and asked, “You

mean your father has bought you a bicycle?” Gitaigwa without giving

a pause, he answered. “Of course yes. Now we’ll riding to school but

no more walking”. Makena could not believe his eyes and instead he

vowed to approach his father and ask for the same. He waved them

off and continued with their journey.

After arriving at the shopping centre, they luckily met one of

Gitaigwa’s classmates who had visited his uncle that morning. He

able to go round the town freely. Gitaigwa welcomed the offer and

they did so. The boy accompanied them to their mission which

than the two boys. He had been visiting several times. They started

with children’s attraction centre which had a famous acrobat,

children’s play games and many other artistic displays. This was their

most interesting place where they took most of their time. For the rest

of the day, they went to hotels and shops to window shop and buy

their favourites still with the company of their friend. The evening

good time. This was Mukiri’s turn to ride because Gitaigwa was tired.

could sway besides the road. But Gitaigwa kept on spiriting him to

ride. It was unfortunate as Mukiri lost control and they fell besides

the road where he got minor injuries and without realizing, the

and they left it there. After arriving home, they hurriedly took the

bicycle back to Mr. Mwega but did not find him. His wife received it.

his church welfare and it was to take four days. After walking back

home, they continued with their normal activities. This was to prepare

for school the next morning. They could not cook any food because

they had already taken enough while on their trip. The morning came

and they woke up as early as usual. Gitaigwa seemed to be very tired.

Even to take a shower was so a bother to him. Mukiri prepared

himself very fast, polished his shoes and put on his school uniform.

By that time, Gitaigwa was still dragging in doing his activities and

when Mukiri insisted they would be late, he said. “What you shall do,

have to remain home to take care of cattle and poultry”. He

continued, “Also let him know this will continue until she is back”.

Mukiri did so and the teacher agreed.

Days went one by one and the fifth one came. Fortunately or not,

their mother happened to arrive late in the evening unexpectedly.

When she arrived home, the boys innocently greeted her but she

replied with a stern face. Gitaigwa read her face and told Mukiri that

things were not good. After some few minutes, she called them as if

she had sad news she wanted to pass over. She started.

going to stay, where else I was never”. The boys looked to each

other’s face with fear. She continued: “I am going to the shop and

when I am back you have to tell me who sent you to borrow. Mr.

Mwega’s bicycle… and you produce his pump. Otherwise you are

going to face the music”. She left with a lot of bitterness and the boys

This was no more time for Gitaigwa to sit and think of the bicycle. He

called Mukiri and told him. “Let us pack our cloths and leave to hide at

the nearby bush because things are not good”. He continued. She might

kill us today. Let us hurry”. They packed very fast and made sure they

put on more than two sets of cloths so as to beat the cold at night.

In the return of their mother, the home was very quiet, no light, and

the gates were open. She became nervous and started calling the boys

by their names. “Gitaigwa!”, “Mukiri…!” No one was answering. She

automatically knew that the have left to hide for fear to be canned.

Without much bother, she went on with her activities knowing that

the boys could come back. Because they were sleeping in a separate

house, she thought they could sleep there at night of which they

never, even by midnight.

At around 4:00 a.m., the boys came and slowly slept in their house

because of itching cold they had all night. They had planned the wake

at dawn and leave for their day at their family friend’s home, which

was ten kilometres away from their home.

walking-up to milk and deliver to the collection centre.

She thought of checking whether the boys were in their house.

And that was it. Se locked from outside without the boys noticing.

She milked and got ready to deliver. Before she left, she climbed

the nearby trees and cut three big sticks to cane the boys.

Fortunately for Mukiri, he heard the noise and awakened

Gitaigwa. They sensed that they were under “fire” only to notice

the door was locked from outside. Mukami left to deliver milk

After their mother returned, with great confidence, opened the house

holding the sticks and told the boys to open from inside. Woo! There

was nobody. She went round the house only to realize they had

sneaked through the window.

one day. They lied to their family friends that their mother told

collect fees, which was not available. Although they knew it was

hard for such an occurrence, they welcomed the boys for one

week. When their father came home and learnt they were at the

place, he arranged for their return and they were never punished.

Their father advised their mum to counsel the boys rather than

punishing them. They later lived in a happy life and went back to